By the time you read this, I will be at Disneyland celebrating in true Californian fashion!

It’s weird being another year older because I always feel much younger, like I’m still 19 in my brain or something. Time has begun to go by so quickly that it’s literally like I haven’t let it all sink in yet. It’s really strange. I’m a lot happier this year than I’ve been on past birthdays, though, and that’s nice. I’d really like to be one of those people who get better with age and develop more into their own skin. That would be nice. I think I’ve accomplished a lot of things in a year. I paid down debt, I’ve lost almost 20 lbs., I’ve started this blog and seen it grow a LOT, and even more, I’ve grown a lot as a person.

For my birthday, I thought I’d do a few fun list tag things so I’ll be doing 2 – 25 Things I’d Like to do BEFORE I turn 25 ( never done this before ) and a bloggy birthday tag. I hope you all enjoy and thanks so much for reading my blog ❤

{ I got this tag from Arabella }

1.) When is your birthday? My birthday is today – April 20th, 1989, that is, which now means I’m older than a lot of the beauty “gurus”. Gurus is such a strange thing to call yourself- all I think of is yogis.

2.) How old are you turning? (Or if your birthday recently passed, how old did you turn?) I am turning 24.

4.) Are you/did you have a party this year? if so what are you doing? Nope. I don’t have enough friends to fill up a party haha. My boyfriend did try to organize one for me a few years ago and it was literally us and 2 people. We have a small group of friends and that’s it really . I have other friends from high school, but they all live kind of far now. Plus, parties are expensive and no one really turns up for them it seems like. Maybe it’s just me haha.

5.) How do you usually celebrate your birthday? I normally just get my annual Asian birthday cake ( BEST EVER ) and go eat with friends or my boyfriend or something. These past few years we’ve been kind of obsessed with spending it at Disneyland though.

7.) If you had an unlimited amount of money what would you do for your birthday? I would go on a trip to New Orleans or South Carolina or something. I’m just really fascinated with the South lately.

9.) If you only had one birthday left, what would you do for your birthday? I would go on a trip or cruise to the Bahamas or something. Or maybe just spend it traveling all over.

10.) Show a picture from your birthday, preferably an embarrassing one. I’m so sorry, but I literally can’t find one. I had one from my 18th birthday and if I find it, I promise to upload it.

11.) Do you have any birthday traditions? Asian birthday cake, dim sum, and uhh… Disneyland! That’s about it haha.

12.) What’s your favorite part about your birthday? The fact that I can use it as a reason to get my way with my boyfriend for the entire day haha. So I make a point to make ridiculous requests.

13.) What’s one thing that changed a lot since your last birthday? My perspective.

Hope You All Have A Great Saturday!

Looking For Something In Particular? 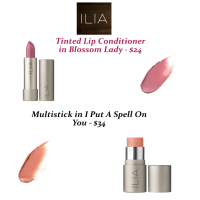 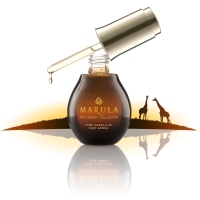